According to overseas media report, HRC’s net profit rose almost sevenfold in the fourth quarter ended Dec 31, 2020(Q4, 2020) to RM171.52 million from RM21.56 a year earlier. This is due to the increase in the average market price of petroleum products. Earnings per share rose sharply to 57.17 cents from 7.19 cents.

HRC's net profit for FY2020 surged more than six-fold to RM250.98 million, despite a 42% drop in sales in the final quarter of FY2020 due to the implementation of the Movement Restriction Order (MCO) by the Malay government since mid-March last year. In addition, HRC has announced an interim dividend of 4 cents per share, which will be paid on April 15.

In the future, HRC will continue to focus on operational efficiency, product quality, oil and gas inventory protection and financial risk management to optimize the company performance. 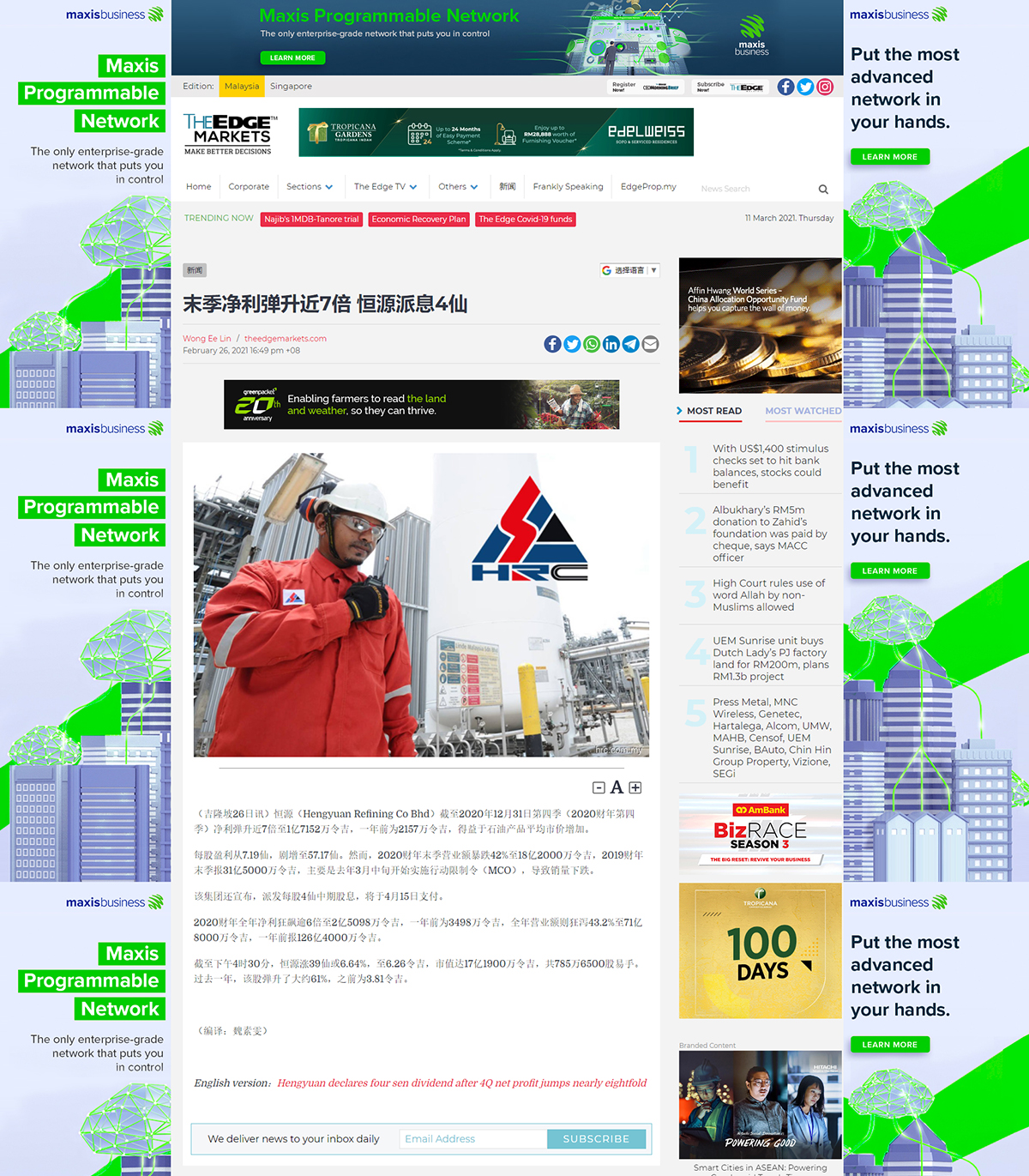 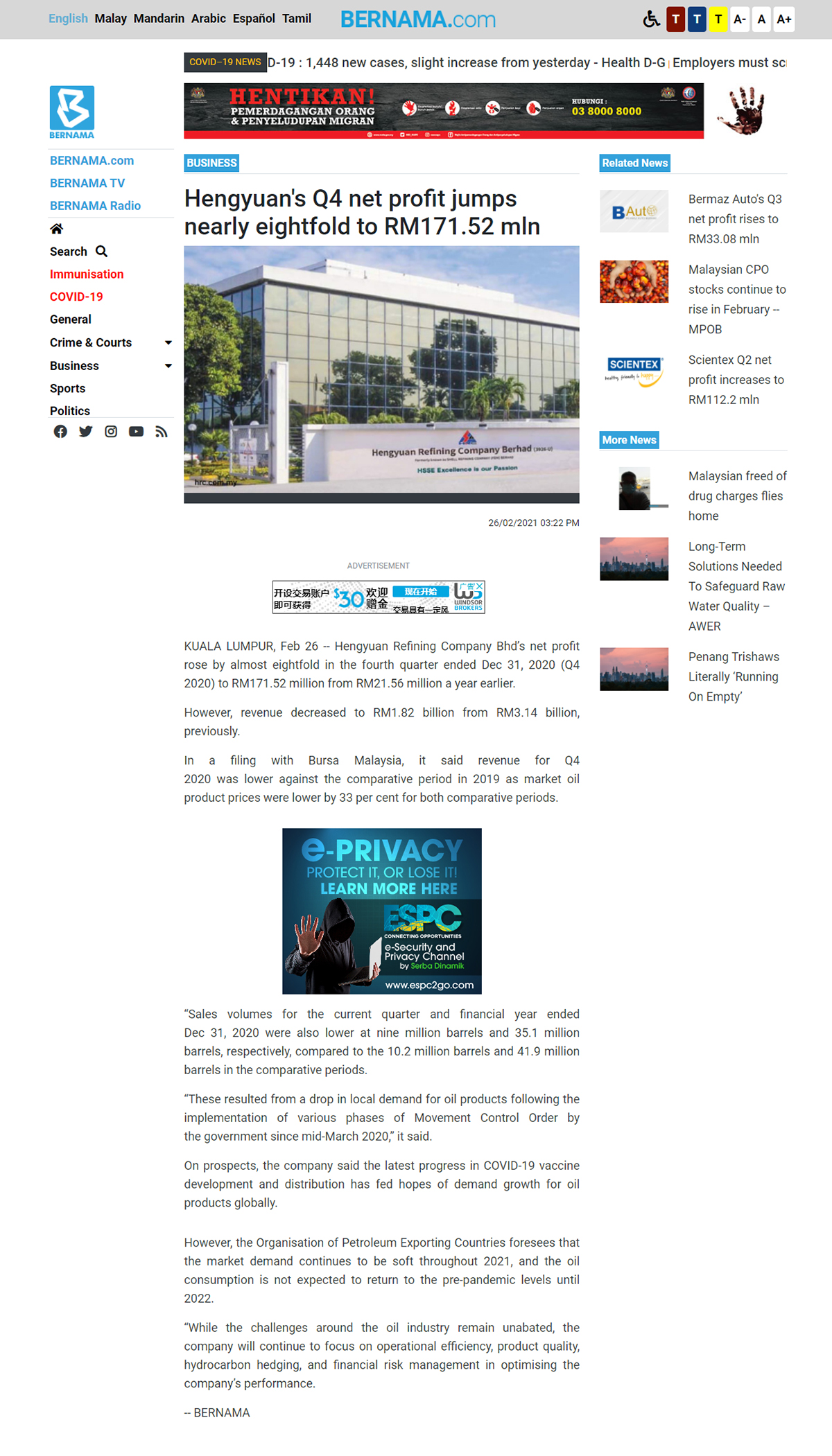